Resolve an argument with your partner is easiest way just communicate sincerely. Communication is key to a happy and successful relationship. Conflict in a relationship is unavoidable we all have different wants and needs. When arguments happen between partners become too extreme it is time for the more calm and rational one to step in and keep their relationship from going downhill. Arguments happen big one small one. it’s completely normal and healthy. Agreeing on everything is not possible and marriage without arguments is a marriage without productivity.

Arguing shows that there’s work to do in a relationship and both the partners are in their way, working towards a larger goal, like attempting to understand each other and how to do better. It’s easy to float around in the effects of an argument and just wait for things to become normal again. Understanding when someone needs time and space is essential. But acting like nothing happened is the wrong approach. It’s important to take action so that you both can, eventually, get things back to normal. So, what can be done? This article will provide you with ideas on what actions you can take after a fight to help make things feel better.

Resolve An Argument With Your Partner With Below Tips

Listen To Your Partner Thoughts

You need to actively listen to your partner and show them that they matter to you. If you want to improve your relationship, this is the first step. By listening to your partner you will learn about them and understand where they’re coming from. This will also give you a chance to apologize if you did something wrong.

You should try to find out why your partner got angry. Did they have a good reason to get upset or was it because they were feeling insecure or jealous? What could you do differently next time to avoid such situations?

You should also ask yourself “How would I react if my partner behaved like that?” Would you still love him/her? Do you think he/she deserves some sort of punishment? How can you change your behavior so that you won’t behave like that again?

After a fight, it’s very tempting to say whatever comes into our minds. We may even forget that we’ve been arguing and start talking about anything else. However, this doesn’t mean that you shouldn’t communicate at all. In fact, communication is very important in relationships. The problem arises when we argue over trivial issues and then blame each other for being unreasonable. If you’ve already discussed the issue, you should try to come up with solutions. Try to compromise and see which solution works best for both parties. If you can’t agree on something, don’t argue. Simply state your point of view and let your partner know that you respect his/her opinion. This will allow you to come up with a solution together.

Sarcasm is a form of verbal abuse. It makes people feel bad and often leads to more arguments. Sarcasm is used to insult another person and make them feel inferior. Sarcasm is a sign of disrespect and does not reflect well on anyone involved. Don’t ignore your partner

Arguments are meant to resolve disagreements but if one party ignores the other, it will only grow. Make sure that you spend quality time with your partner. Make plans to go out with friends or family. Try to keep your distance from your partner while you’re fighting. This will prevent you from getting too if your partner wants to talk, listen to them. Even if you disagree with them, try to understand their point of view. Try to see things from their perspective. Doing this will help you solve any conflicts faster.

Take Time to Calm Down

The last thing you want to do after a fight is to continue arguing. Take time to calm down before you speak to your partner. When you’re calmer, you’ll be able to express yourself better. Also, you’ll be less likely to lose control and yell at your partner.

Try to forgive your partner

Forgive your partner because they have done nothing wrong. Forgiveness isn’t always easy. Sometimes, forgiving someone takes a lot of effort. But, it’s worth it because it helps you to heal.

Learn From Your Mistakes

A good way to avoid future arguments is to learn from past mistakes. Learn from your mistakes and correct them. For example, when you first started dating, you probably had many arguments. As you learned from those experiences, you’ve become a much better couple.

If you and your partner still argue after talking things out, then you should consider having a friend over. Having a third party in the room will help you to resolve any issues between you.

However, make sure that you both agree on who will play host. It’s important to have a neutral person in the room so that you can discuss your differences without feeling judged.

After a fight, you may think that you need to stop talking to your partner. Don’t let the argument continue. If you ignore your partner, you won’t be able to work through your problems. Instead, take some time to cool off. Then, sit down and talk things out.

Remember, no matter how bad your fight was, you’re still together. So, don’t let the fight ruin your relationship. you may think that you need to stop talking to your partner.

Don’t Let Your Ego Come In The Way

Arguing is not going to change anything. Instead, focus on resolving your problem as soon as possible.  You may think that you need your space. But, don’t go too far away.

Try to stay close enough so that you can hear each other. This will allow you to listen to what your partner is saying.

Take Time to  Talk About What Happened During the Fight

Try Not to Keep Secrets

Secrets are never a good idea. Keeping secrets makes you look guilty. When you keep secrets, you give the impression that you’re hiding something. And, this will cause people to question whether or not you’re telling the truth.

When you tell your partner about the secret, you’ll feel better. Once you’re comfortable with your decision, you should share your secret with your partner.

It’s normal to get angry after an argument. But, if you start yelling at your partner, you’ll only grow the situation. Stay calm. Take deep breaths and try to relax. You may also find yourself thinking of ways to win the argument. This is a very unhealthy habit. Instead, concentrate on listening to your partner. This will help you to communicate effectively. Also, once you’ve resolved your issue, you’ll feel better about the whole thing.

If you lose control, you’ll only make matters worse. Instead, try to remain calm and rational. You’ll find that being reasonable will help you to solve any disagreements.

A lot of self-confidence. They know who they are and where they stand in life. They also tend to have strong opinions about many different topics. Because of this, they often express themselves well. When someone has confidence in his or her abilities, it becomes easier to befriend them.

On top of that, shy people are usually friendly. So, if you happen to meet a shy person, chances are that you’ll like him or her.

Listen To Your Heart

Don’t Be Afraid Of Being Wrong‘

If you’re shy, you might worry about making mistakes. But, there’s no reason to fear being wrong. As long as you’re honest, you’ll be fine.

Be Nice To your partner

When you’re shy, you may think that other people don’t like you. But, this couldn’t be further from the truth. Most people just don’t know how to deal with shy people.

So, they end up treating you badly. Try to put yourself out there more often. It will help you to build friendships.

What if I need some space after a fight?

If you need some space after a fight, that’s completely fine, as long as you tell them.

What if I’m annoyed by their words?

So if they say something during the fight that bugs you, tell them their words are frustrating you .

Soma Karmakar is a writer and journalist and holds a Bachelor degree in human development. Combining her love for writing with her passion for jewellery, relationship and fashion articles, she brings to you reviews, techniques, and her ever-growing knowledge on this form of art. In her spare time, she loves reading, listening to obscure desi item songs, and writing quotes and thoughts – all of this while being a crazy foodie girl. 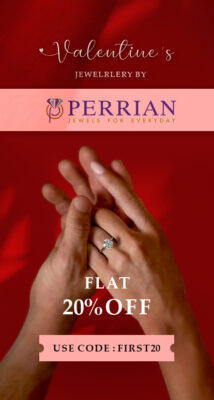